Old English Classics is a family partnership run by Bryan Househam and his wife Atsuko. Upon leaving school Bryan decided to work for his father Len, who was a traditional blacksmith. Bryan evolved the business into a successful manufacturer of agricultural machinery. Always 'a petrol head', Bryan raced Formula Ford single seater racing cars during the mid 1970's with some success. In 1995 he decided to turn his life-long passion for motor cars and motor racing into his primary business and Old English Classics was formed. Since the early years we have specialised in British sports cars such as Austin Healeys, Jaguar E-Types etc. From Day One, Bryan's philosophy was that we would only sell cars of a quality that Bryan would wish to own himself i.e. cars of a very high standard. This policy remains firmly in place today, and we believe has played a large part in our customers satisfaction. We are proud of the fact that many customers return to us after buying their first car from us, often asking us to locate a particular type of car, confident that we will find them a good and fairly priced car. Old English Classics has evolved to also specialise in more exotic cars in recent years, such as vintage and post vintage Bentleys, Rolls Royces, Aston Martins etc. We are also very proud of the relationship we have built up with our Japanese clients and the trust they place in us. 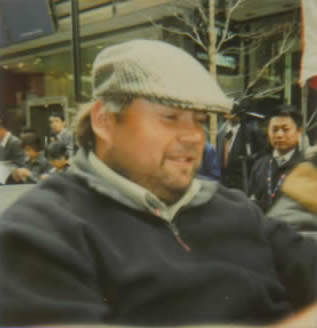 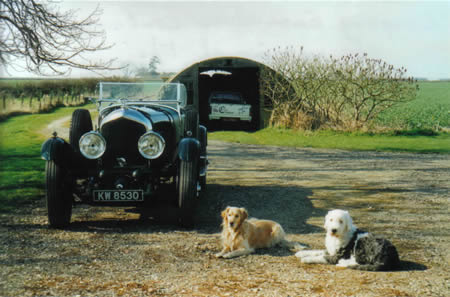 Bentley Boys! - They're not Birkin....they're Barkin! 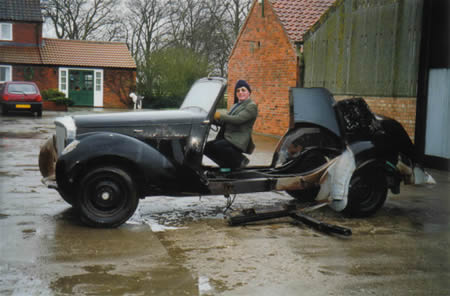 Old English Uncle - on one of his better days!
Back to top